I visited to my hometown of Zhongshan in 2017. It was my first visit since 2005. Twelve years and boy, has time changed?! There was a shopping mall in almost every corner of the new sections of the city while small shops dominated the small streets in the old section of the town.

I remember during that first month, I felt so out of place. Even though I looked just like everyone else, I wasn’t like everyone else. For one thing, I could barely read the signs in front of the stores and street signs. I think the above picture summarizes my hometown perfectly.

There was a few times when I was shopping by myself and I asked the shop owner whether an item was for sale. He/she would answer, “Yeah, can’t you read the sign?” I felt super embarrassed and tried not to ask people anything again. There’s no such thing as an illiterate in China. Everyone can read, write, and speak, unless you’re blind or deaf or muted.

At that moment, I no longer felt I belong there. My place in this world is not in my hometown of Zhongshan, China, but is it in the noisy suburb of Northern Utah…

….where it snows for more than 6 months while the temperature gets blistering hot in another three, leaving just three months of cool-ish weather? Oh, and let’s not mention the planes! I live two miles from an air force base, whenever’s warm enough or sunny enough, the fighter jets would come out and serenade the neighborhoods with their deafening engine noises.

Nope, I don’t think my place is there either even though it’s mandatory that I live there. 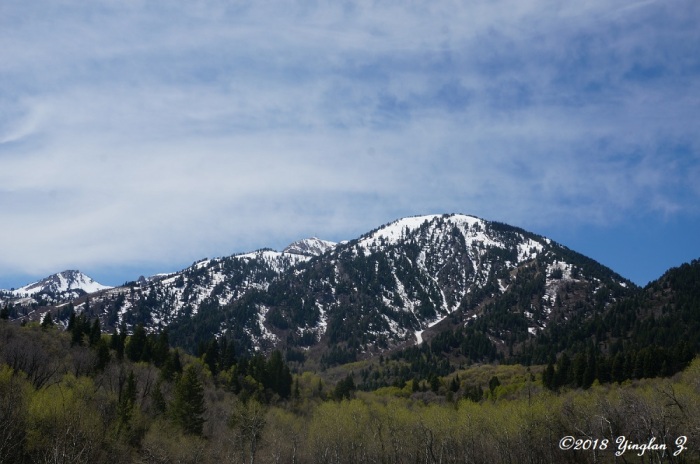 I believe I have discovered my place in this world when I went hiking about 30 miles northeast from my home. It was in nature I finally felt bliss and a sense of peace and it was in nature when I could finally hear my own thoughts uninterrupted for a change instead of having planes fly over and interrupting my thoughts every few minutes.

3 thoughts on “My Place in the World”