As I mentioned in a previous post, my aunt and I spent a night earlier this month strolling around Downtown Salt Lake, admiring the lights it’s put on for the holiday. It was a chilly chilly night and to be honest, I was surprised the fountains were still running at the mall. Shouldn’t the water be frozen in this kind of temperature? The temperature, as I recall, was in the low 20’s F or negative C.

Here is a gallery of some of my favorite pictures taken at the mall that night.

Musical Fountain at the Mall 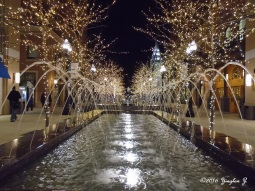 A walk by the fountain under festive lights. 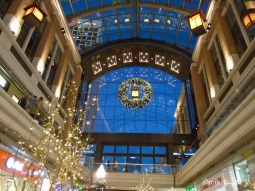 The giant Christmas tree at the mall

After spending nearly 30 minutes strolling the mall and 20 minutes in Deseret Books warming our cameras as well as our frozen bodies, we, along with a crowd of people, made our way across the street to Temple Square. The lights at Temple Square had been on since November 25 – the day after Thanksgiving and it will be on until early January. I have a feeling that is not the last time I am going to see these lights. I have a feeling we’ll visit them again soon.

Here are my favorite pictures from Temple Square: (Not that I don’t like the others, it’s just my camera doesn’t take pretty pictures when it’s freezing to death.) 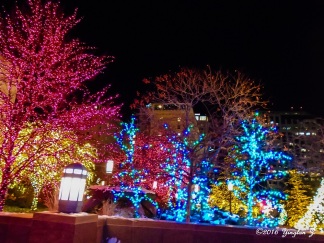 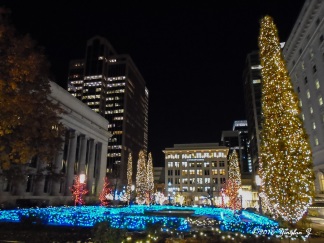 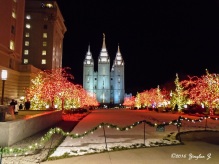 The temple from afar

Christmas tree in the visitor center

The temple at this angle looks like a castle, doesn’t it?

20 thoughts on “Anticipation for the Holidays”