By the way, Happy 24th to me! And Happy 2 years blogging Streak!

I just got back from a morning of work and I’m about to review my notes again for tonight’s quiz. Business law, ugh! 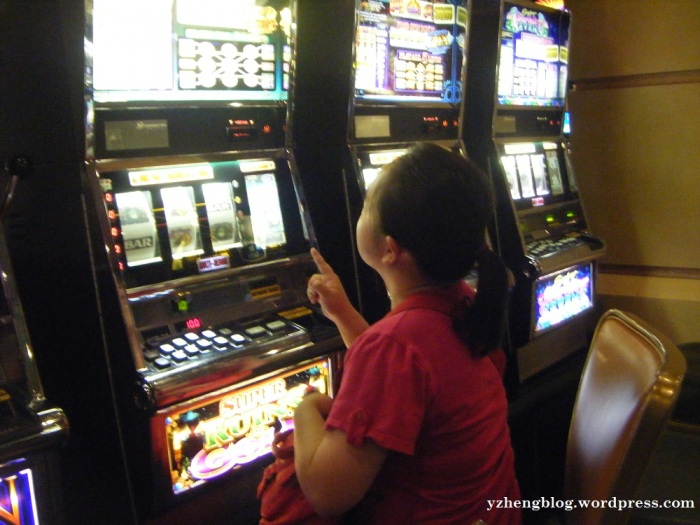 An experience that was amazing the first time and terrible the second is definitely gambling. As you read from my adventure in Vegas, you’d know I won but I didn’t tell you the complete story.

So here it is…

My first time gambling was at around 10:45 am on September 19, 2015. I put a dollar into the slot machine and pressed a random button after I became more confused than ever from reading the objectives. Seconds later, DING DING DING! The credits rolled in. 250 credits! I thought I’ve won big but it turned out, one credit is just a penny. 250 credits = $2.50, still good.

I went to a different machine. Once again, it dinged. This time, it was 20-cents. My mom urged me to try again. I did but the machine didn’t ding this time. I’ve lost my winning of 20-cents. Dissatisfied, I tried one more time. Darn it! Another 20-cents lost.

I didn’t want to play anymore. I felt at that moment that if I continued, I’m going to lose even more. “Let’s go,” I said.

“Just one more,” Mom urged, “just try a different one.”

I’m convinced, perhaps too quickly. I sighed and went to the next row. Resigned, I sat down on the chair and inserted a dollar. This time, I didn’t even read the objective of the game. I just went ahead and pressed a random button.

DING DING DING! The machine sounded a few seconds later as the credits began ticking. The ticking went on forever, I thought. It just kept going and going. It made me wonder how much I’ve won. It eventually stopped at 5000 credits, meaning I’ve 5-dollars. “Let’s go,” this time, mom urged.

Together, after taking a few pictures, we searched for the cashier and cashed my winnings, $9.65, and then rode the escalator up to our party.

At the party, mom could stop bragging about how lucky I was that I’ve won the first time. I think it’s probably her bragging that caused my luck to dwindle during my second round of gambling after the party.

Yes, I played the slot machines again after the party at mom’s suggestion. I thought I was lucky that day. After all, I made the right decision with choosing beef over salmon. 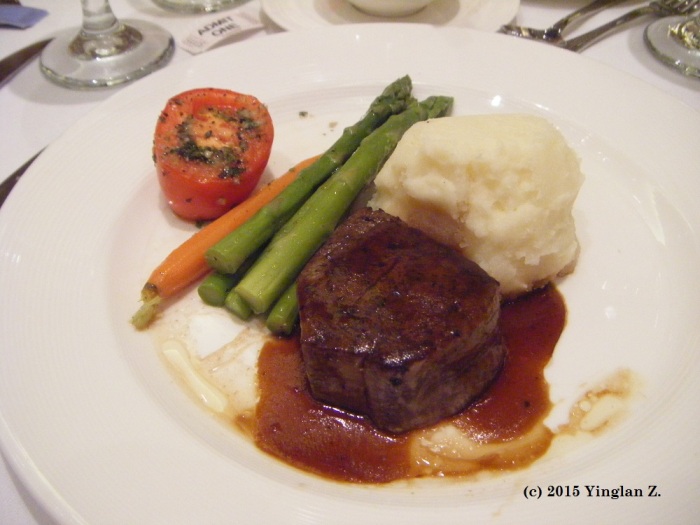 So before we left the hotel, we returned to the same group of slot machines as when I won the first time.

I inserted a dollar I collected from my winnings and without thinking, I pressed the same button that helped me win the first time and waited for the victorious ding ding ding. That didn’t happen. I’ve lost 15-cents. I tried again, no luck.

I cashed out and went to a different machine. A few minutes later, same result. I cashed out and tried one more machine. Still no luck. I ended up staying at that machine and just played until my dollar ran out.

As we exited the hotel, I wondered if it was easier to win early morning than in the afternoon. On the way back to the hotel, mom said, “In the morning, the machine is full, so it’ll let you win more easily. By the afternoon, it’s hungry again and probably by nighttime, it’ll be full again.”

Basically, the lesson here is: It’s not all about luck. Time also matters when it comes to playing the slot machine.

Daily Prompt: Out of Reach

17 thoughts on “It’s Not All About Luck”